Competition proposal submitted for the Bee Breeders international architecture vision competition Tokyo Pop Lab. The task was to design a building of pop culture laboratory in Tokyo, an institution that will teach students history of popular culture and prepare them for its future evolution. The competition entry was created in cooperation with Peter Buš, Václav Petrus and Petr Bouřil and awarded with honorable mention.

The Tokyo Pop Lab speculates development of an institution for popular culture. The brief calls for the design of a new typological program for the study and production of pop cultural media. Located in Tokyo, the project draws from an abundant and influential history of international pop cultural phenomena. As popular culture migrates and changes, from person to person and place to place, the project provokes considerable thought. Specifically, the competition invites entrants to critically evaluate

An unprecedented typology, submissions to the brief varied considerably, from the most pragmatic to the most ideological. Successful proposals demonstrate several characteristics. This includes, a well considered and articulated definition of popular culture, clarity in

representation of both architecture and culture, and a clear programmatic agenda. Selected submissions were differentiated particularly by an asserted effort to challenge established typological and popular cultural paradigms. 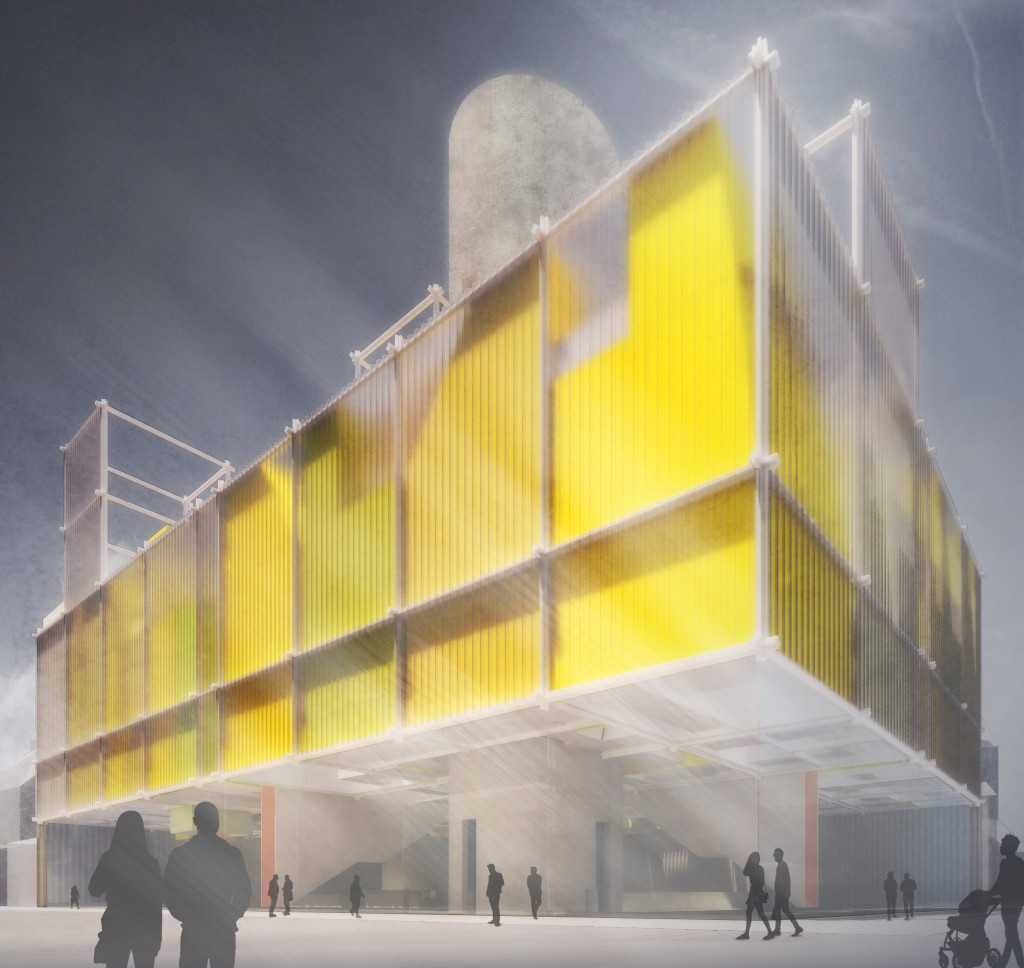 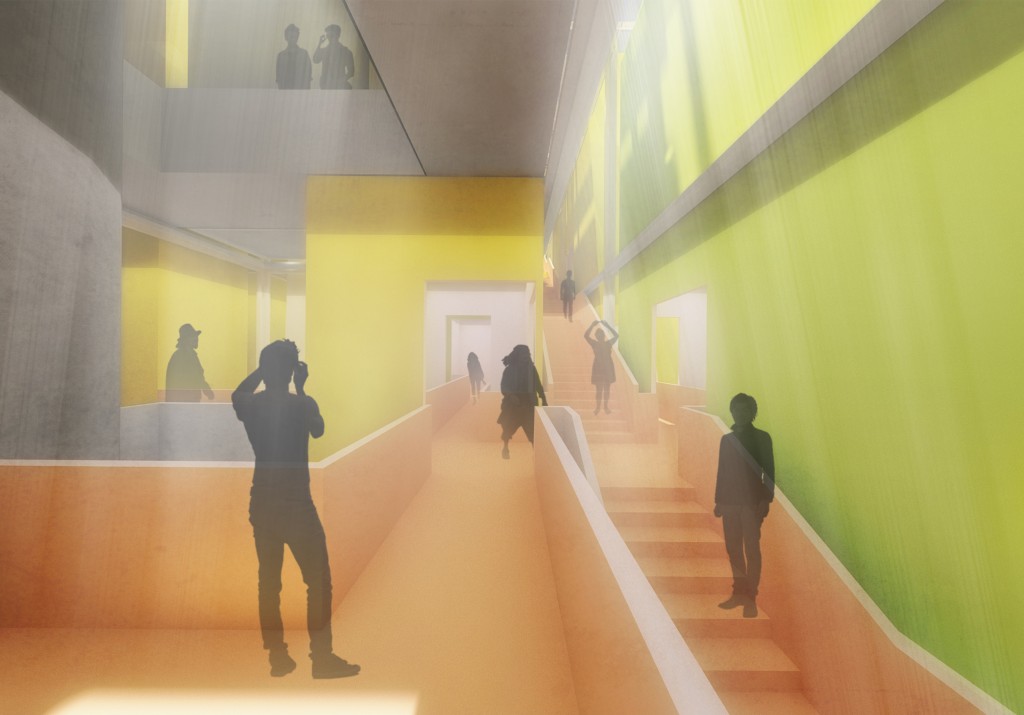 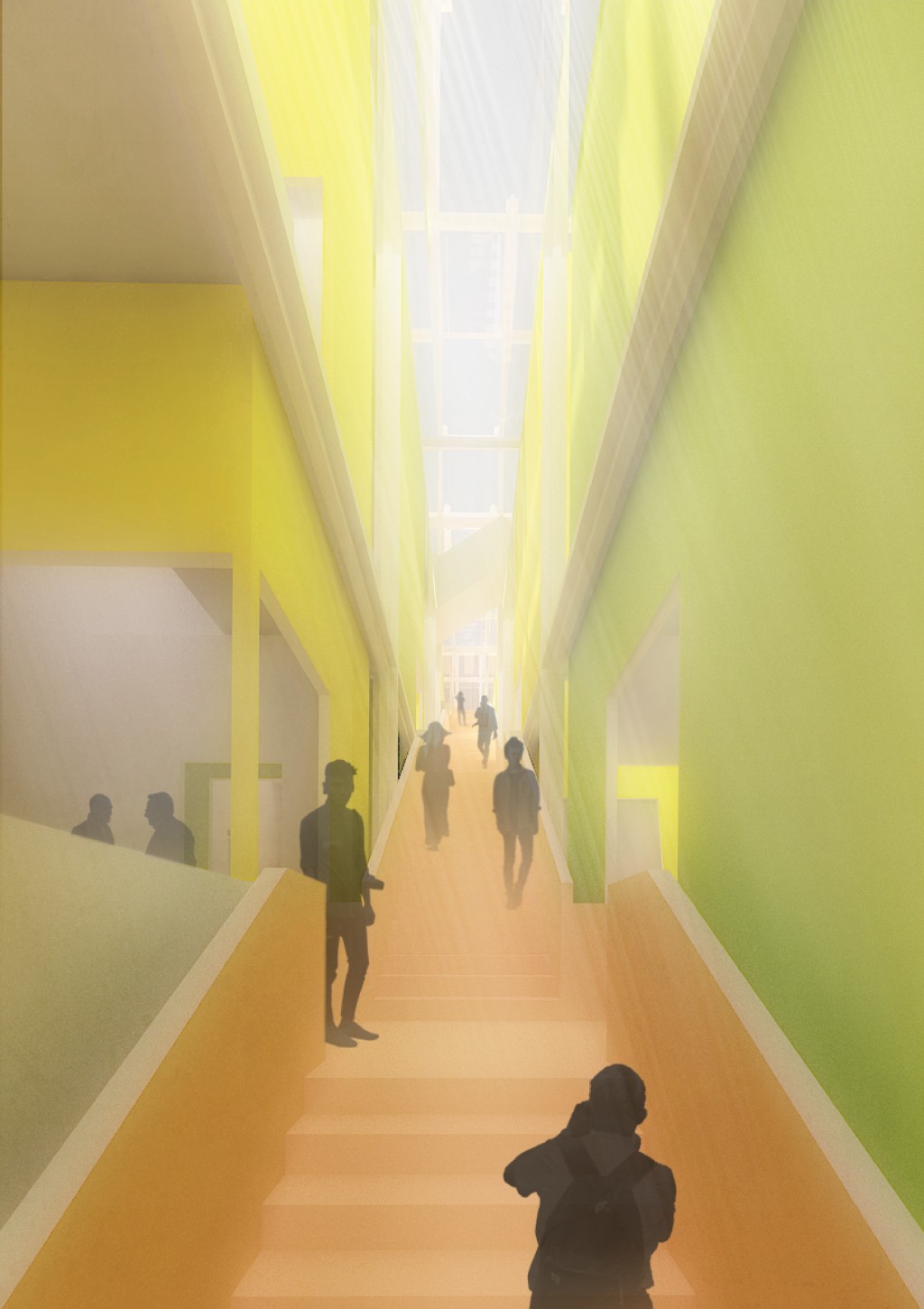 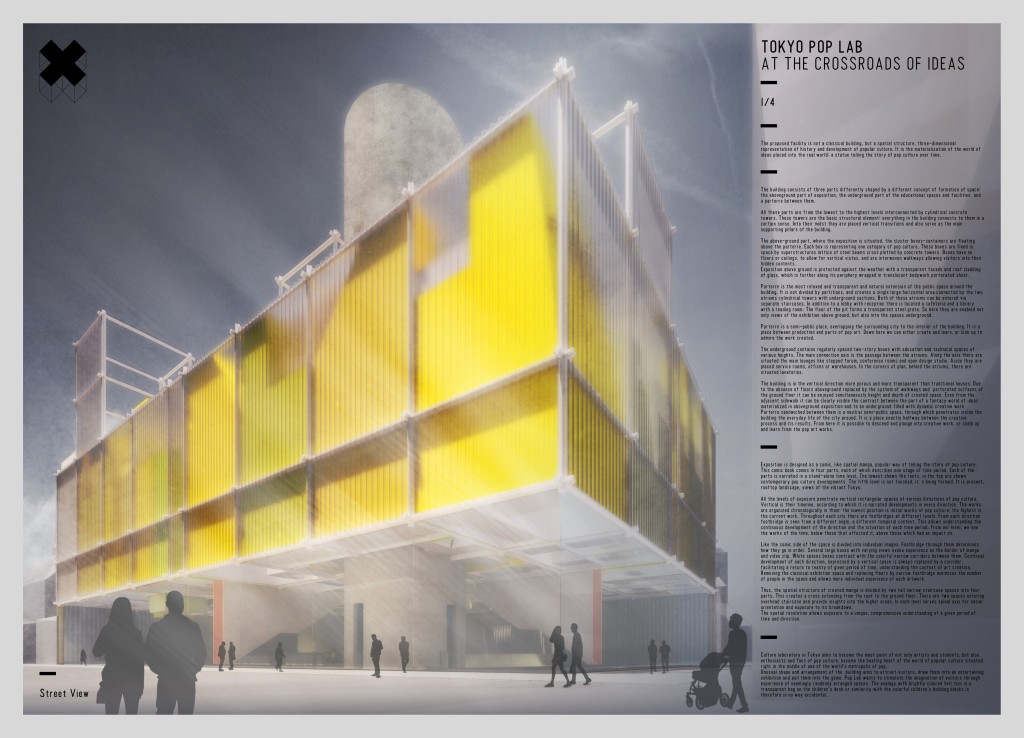 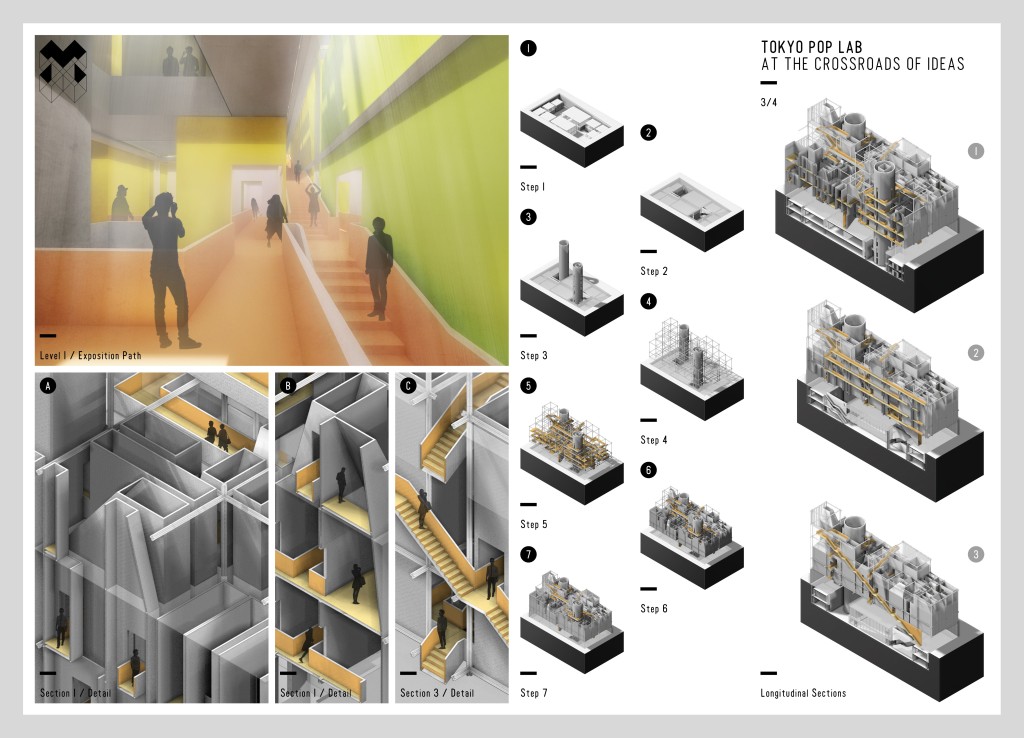 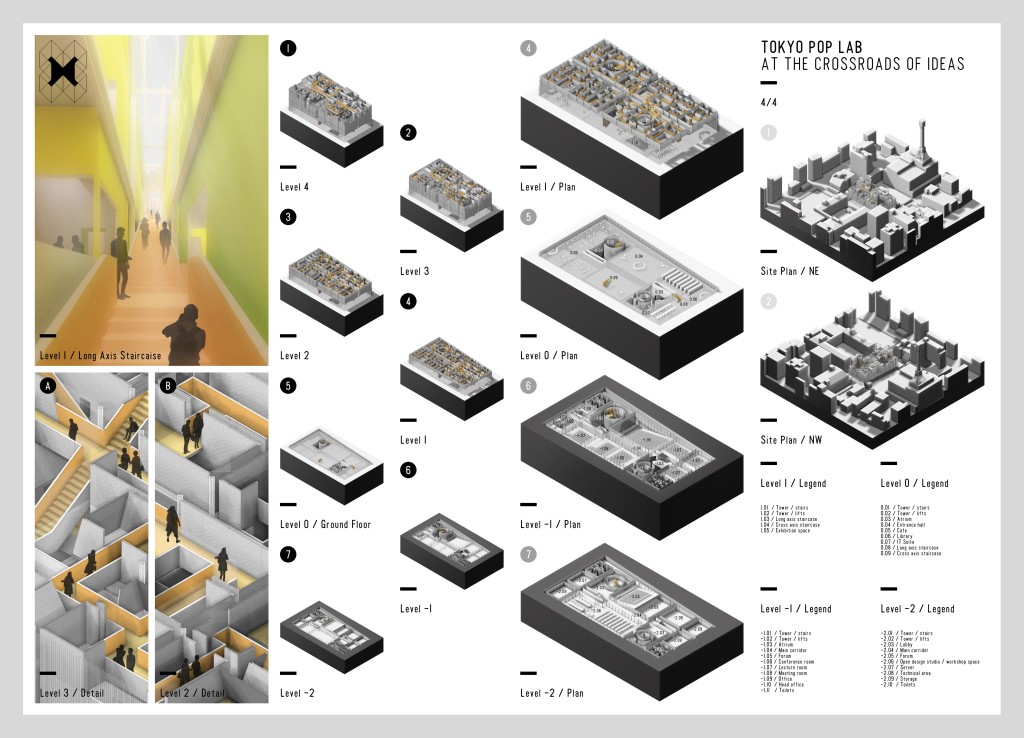 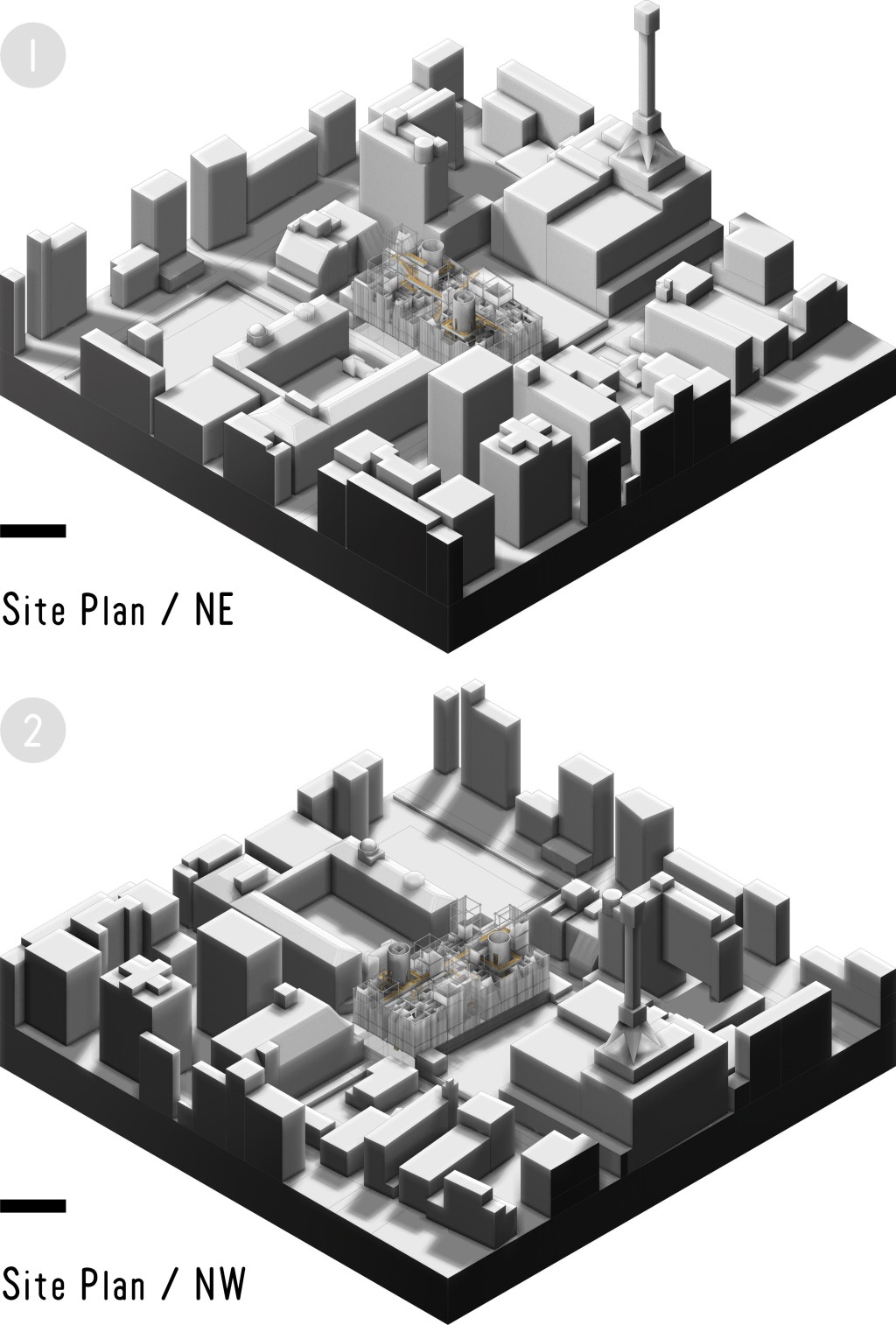 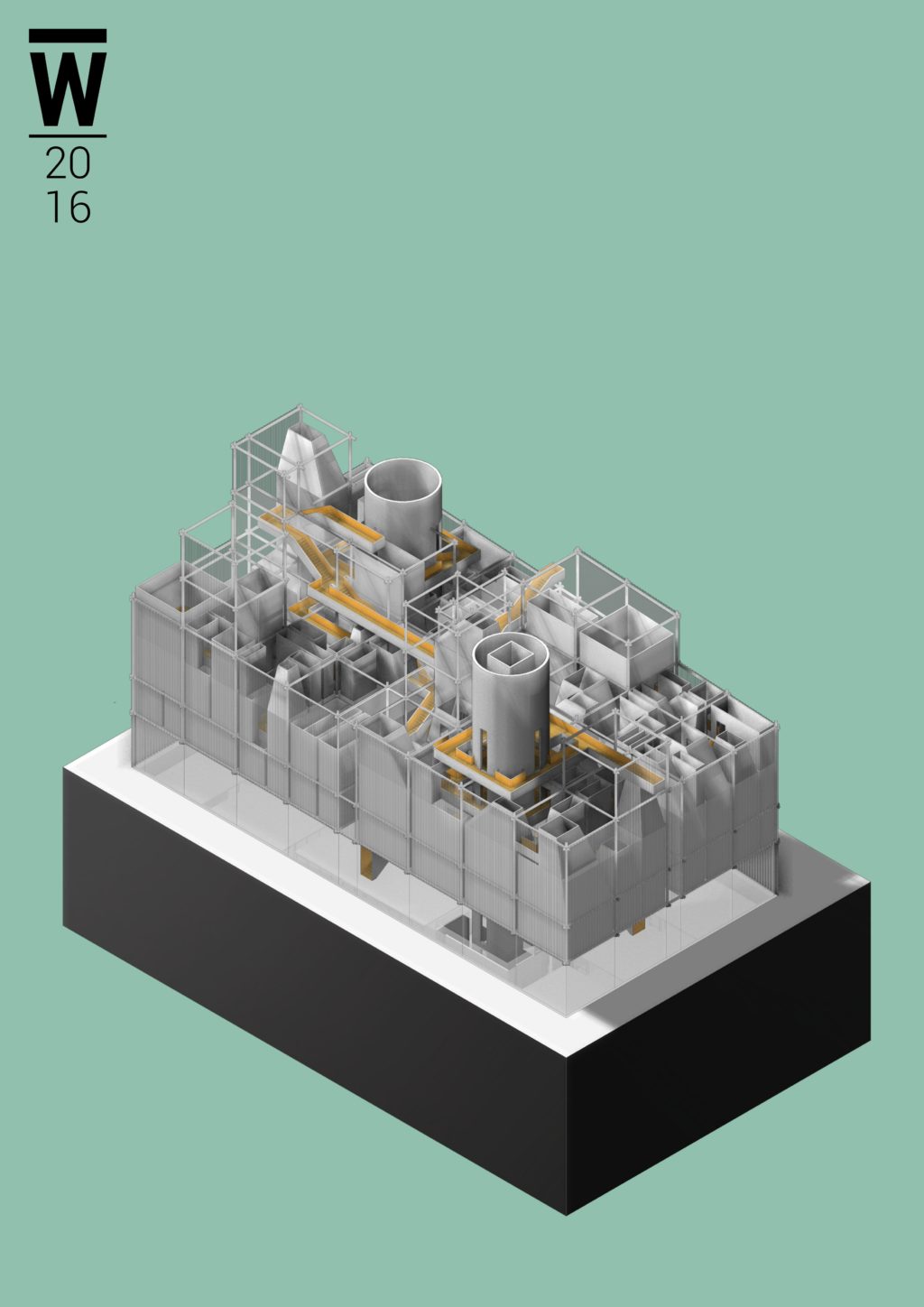